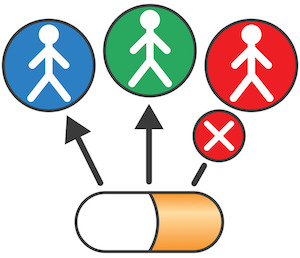 One effective immunotherapy technique takes advantage of this immune checkpoint is PD-L1 blockade, where the tolerance signal is removed and the immune system no longer receives a negative signal from PD-L1. This allows T-cells and other immunocytes to identify the cancers and produce a response. This treatment is called immune system checkpoint inhibition. Some early cases which exhibited a lack of patient response cast doubt on the efficacy of immunotherapy as a treatment for cancers. 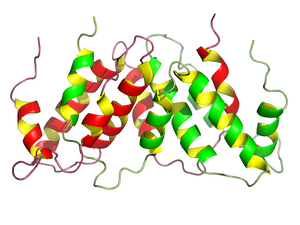 There are some specific subsets of tumors in patients which do not respond to treatment with Ipilimumab, an Anti-CTLA-4 therapy. Genomic studies elucidated one possible cause; the loss of signaling pathway fidelity caused by mutations in the genes of receptors or ligands on non-responder tumors makes treatment of cancers like melanoma using immunotherapy the incorrect choice for treatment. Targeting PD-L1, which is upstream of IFN-γ in the activation of the immune response, will not aid activation if the problem is further downstream in the pathway. Patient genotyping is critical in some cases to determine the most effective treatment options on a case-by-case basis. 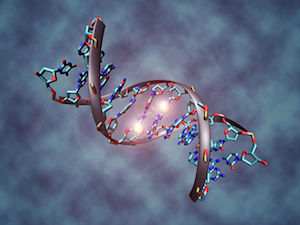 What Can Be Done?

There is a rising need for bedside genotyping for prognostic determination of treatment options. The molecular and genetic properties of a cancer have an impact on the immune system’s ability to fight it. Scientists and medical specialists agree that there are no universal treatments for inducing an effective immune cytolytic response against cancers. Understanding the genetics of a cancer is critical in determining the efficacy of immune checkpoint mAbs and helps pave the way to personalized healthcare.