Monocercomonoides sp. Is the first known eukaryotic organism found that does not contain mitochondria. Several analyses showed a complete lack of mitochondria in these cells. The publication shows that the ubiquitous iron-sulfur cluster assembly protein, normally found in mitochondria, is not present, and instead the cell uses bacterial a sulfur mobilization pathway. The author claims that this species most likely obtained this bacterial sulfur mobilization pathway, allowing mitochondrion related organelles to be expendable. Read more about it in Cell. Image credit to Cell. 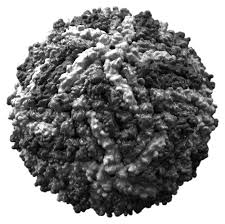 Not a moment too soon, scientists have completed a paper based diagnostic test for detection of the Zika Virus. The diagnostic test has 2 major elements: an RNA identification, and a CRISPR/Cas9 identification. The RNA analysis determines if a large concentration of Zika Virus RNA is present in the sample taken, and is able to distinguish Zika from Dengue and other flaviviruses. The CRISPR/Cas9 element is then able to distinguish between the 2 major strains of Zika virus by only cutting the PAM site of the American Zika strain that is not present in the African strain. The cost of the materials consumed in the diagnostic test is less than $1 (U.S.), and takes less than 7 hours to perform. The publication can be found in Cell.