The Antibody Engineering and Therapeutics conference held in San Diego was a fantastic exchange of knowledge between all the participants. One of the many topics that stuck out was the discussion of bi-specific antibodies. Bi-specific antibodies (bsAb) took the spotlight with a poster presented by Immune Pharmaceuticals which presented an antibody showing anti-cancer activity by killer T cells both in vitro and in vivo formats of the experiment. These bi-specific antibodies may soon join the monoclonal antibodies that are already taking cancer treatment by storm in the form of immunotherapy.

ProSci was also at Antibody Engineering and Therapeutics. Here is a link to our poster: Developing Functional Antibodies against Drug Targets

President Jimmy Carter in Remission Thanks to Antibodies 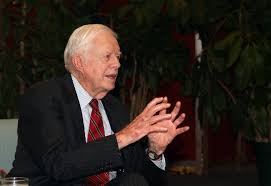 United States President Jimmy Carter has been treated for melanoma with the antibody drug pembrolizumab (Keytruda®). Carter had been diagnosed with melanoma back in August of this year when an MRI showed 4 tumors that had formed on his brain. On December 6th, Carter spoke at a church saying that the most recent MRI scans showed no signs of old or new cancer spots. Carter’s cancer was treated through immunotherapy with the drug pembrolizumab, or Keytruda® by trade name. Pembrolizumab is a humanized monoclonal antibody that targets the PD-1 receptor of immune T cells. When pembrolizumab blocks this receptor, T-cells are able to attack melanoma cells that were able to stay hidden from the immune system. Immunotherapy is expected to grow in popularity through 2016. 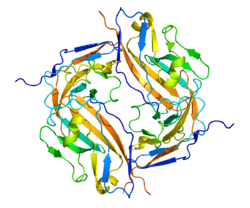 Oxford University has made an agreement with Stanford University to begin testing a new cancer immunotherapy with anti CD47 antibodies. The CD47 protein displayed in leukemia cells serves as a disguise from macrophages, which are blood cells that ingest harmful materials. The anti CD47 antibody is able to block the signal by binding the CD47 protein of the leukemia cells, removing the disguise from the cells and allowing the macrophages to ingest them. Stanford and Oxford have begun Phase I clinical studies of the immunotherapy.

Keystone Symposia is hosting a conference for HIV vaccine research from March 20-24 in Olympic Valley, California (near Lake Tahoe). The facilitators are still accepting poster abstracts as of now, so be sure to register soon, and follow the conference using #KSHIVvax.

The online HTML, CSS and JS beautifiers will take care of your dirty web code. They are all free online programs.