Expressing recombinant antibodies can be done in all kinds of systems. Many different cell lines can be used for expressing antibodies, including mammalian cells like HEK293 or CHO, or even yeast, plant or insect cell lines. Each expression system has its own advantages in different applications and purposes.

The main difference between bacterial and mammalian cell expression systems is in the cellular anatomy. Bacteria have no nucleus, endoplasmic reticulum, or golgi apparatus, which are all key elements in cellular transport and post translational modification. In contrast, eukaryotes like mammalian cells possess these organelles and the molecular machinery that comes with them. 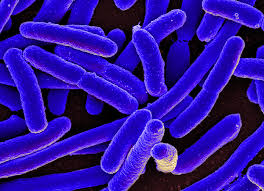 The most common bacterial expression systems in use are E. coli cell lines. E. coli culture grows extremely quickly, and are easy to keep healthy and use because of it. The bacteria are easily transfected using methods like heat shock. Unlike eukaryotes, their hearty cell walls and simple anatomy can withstand the drastic temperature change and survive the heat shocking process, while eukaryotes may suffer acute permanent damage that may prevent proper expression or cell replication, or result in cell death.

The advantages of E. coli are most easily observed for certain types of proteins. Specifically, cytosolic and excreted proteins with few post translational modifications can be easily developed in E. coli. Unfortunately, trans-membrane proteins, glycoproteins and other membrane bound proteins are not so easily expressed because there is no endoplasmic reticulum to facilitate proper translation of the structure. This lack of organelles is where bacteria begin to lose their advantage, especially when it comes to studying mammalian proteins. 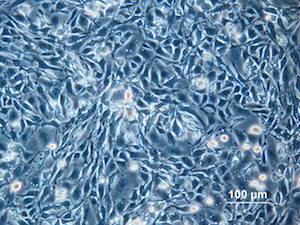 Mammalian cells are generally more difficult to work with than bacteria since they are much more fragile, often produce less product overall, and can be much more expensive. However, using mammalian cells for protein expression has the great advantage of being able to produce mammalian protein with all the correct post translational modifications that provide the native structure.

Most post translational modifications occur during or shortly after translation. Excreted proteins are made in the endoplasmic reticulum where there are enzymes that facilitate proper folding, disulfide bonding, and N-linked glycosylation. Additionally, before it is excreted, a protein would pass through the golgi apparatus, where O-linked glycosylation
may occur as well. All 4 of these modifications occur in many proteins
expressed by mammalian cells, including antibodies. 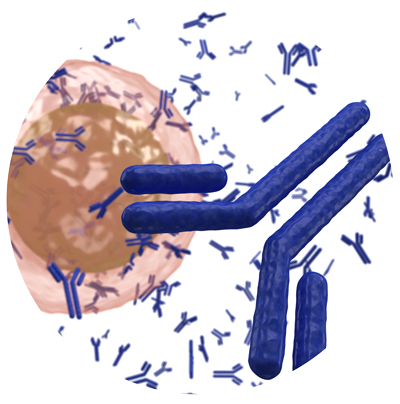 When it comes to expressing antibodies, single domain antibodies can be successfully expressed in E. coli, but full length antibodies of different isotypes cannot be. This is because antibodies are glycoproteins that have several glycans attached to them, as well as several disulfide bonds that hold the heavy and light chains together. Without the proper enzymes found in the mammalian endoplasmic reticulum and golgi apparatus, proper folding and modification cannot be performed, and the protein cannot be synthesized correctly even with the corresponding DNA.

Antibody expression in mammalian cells may be more difficult overall, but the biggest advantage to this technique is that the antibody will be as close to native structure as possible, giving the highest possibility of proper binding activity assuming the sequence has been validated for the target of interest.

Content composed with the free online HTML editor toolkit. Please subscribe for a membership to stop adding links to the edited documents.