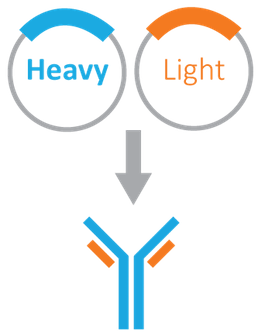 Antibody development works much like any engineering feat; you get out what you put in. With the shotgun approach to developing polyclonal antibodies, hitting the target usually isn’t too much of a problem, but the immune response can be nonspecific. Additional techniques can be performed to create monoclonal antibodies through hybridoma development, but they’re still kept in a biological system that can potentially mutate, changing the antibody’s sequence and specificity. Recombinant antibodies take development techniques even further, drawing the DNA out of the living system and preserving it in an expression vector and gathering sequence data on the exact antibody’s gene. This DNA can be altered to express the same binding domain on different isotypes, or can be used to express antibody fragments of different sizes.

Recombinant antibody development can take a few routes to reach the same goal. The three most common methods of development used in the industry include display systems, direct B-cell cloning, or use of pre-existing hybridomas.
The goal of each of these systems is not only to isolate the antibody of interest,
but collect data on its gene sequence so it may be reproduced. 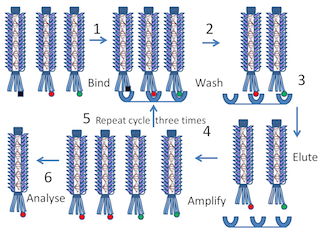 Display systems, including yeast and phage display, follow a very involved process in which a wide variety of antibody binding domain are expressed as membrane surface or viral coat proteins. The antibody binding domain is “displayed” where it is able to bind to an antigen while the genetic material corresponding to that domain is kept inside the display system. Panning and washing of the display systems allows for the filtering away of unwanted genes, isolating the antibody of interest. Once the gene is isolated, it can be studied and used to produce more antibodies in other expression hosts. 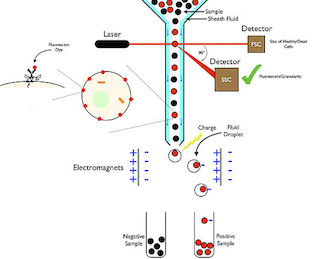 Development from Pre-existing Hybridomas:
Developing recombinant antibodies from pre-existing hybridomas is almost identical to that of B-cell cloning, except the development and screening has already been completed. With isolated hybridomas, all that’s needed is to isolate the genes corresponding to the antibody of interest. Once the antibody gene is collected and sequenced, it can be put into an expression system to continue producing the desired antibody with the same benefits as other recombinant antibodies.
Once development of recombinant antibodies is complete, they are easily produced in large volume, and provide more reliable binding activity than most pAbs and many mAbs. Though these development processes are very detailed, time consuming, and often expensive, it can make a world of difference when an antibody needs to work every time in a specific application, especially if the application is going to be performed several times over a long period of time.

The JS beautifier will take care of your dirty JavaScript codes, assuring a syntax error-free solution.